The King of Split Routines

Recently, I did 2 posts (part 1 and part 2) on why body part splits are not ideal for athletes. However, there is one split I really do like for advanced athletes trying to pack on some functional muscle. I like to call it the King Split. 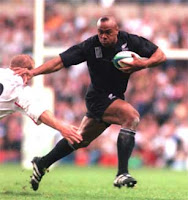 The split has this name because it is named after famous Australian Strength Coach Ian King. Back in the 90's, the popular trend was extreme body part splits. While split routines go back to at least the 60's, the 90's progressed (or regressed) to devoting entire training sessions to one body part. While this gave the opportunity to really blast that part, it came with the drawbacks I've previously written about.

King wisely took the good parts of this concept and transformed it into a movement split. Instead of dividing things up based on body parts (e.g. chest, shoulders, arms, etc), he divided them up based on movements. He used the following six movements:
Then, he put them into a 4-day routine. Here is how I like to lay out these 4 days:

Notes:
You can switch the days around as you like. If I'm training 2 days in a row, I like to do the upper body stuff the first day as it results in less systemic fatigue than doing legs first (i.e. upper body has less impact on the next day's leg training than the opposite set-up). However, if you are too lazy to do that final deadlift day at the end of the week, then switch the upper and lower days. Also, do the movements that you are the worst at earlier in the week.

Advantages of the King Split
Here are the particular advantages to this routine over traditional body part splits:
What about arms?
Here are 4 options:


If you are advanced and your goal is functional hypertrophy, this may be the split for you!