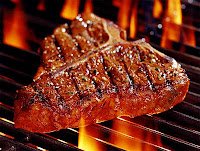 Q: I have heard the saying many times before "the body can only absorb or metabolize 20 grams of protein in one sitting".  Have you heard this?  What does that mean?  Am I only capable of absorbing the same amount of protein as a 55kg women?

A: The 20-30g per meal “rule” has been around for years. The idea has roots back in the 80’s and 90’s where fat was evil and protein was also bad because it had fat in it. At this time, many people where afraid to eat too much protein for fear it would turn to fat. While it is true that too much of anything can turn to fat, I don't think it is fair to blame protein for the obesity epidemic that followed.

At this time, to my knowledge there was not really much research support, just a lot of hype. As hinted at in your question, it does seem ridiculous to assume that this “rule” would apply to a 300lb football player and a 98lb gymnast. Most people who actually understand performance nutrition simply choose to see it as a guideline (i.e. there is a limit to how much your body can absorb at a time – obviously body size would effect this – so spread protein intake out throughout the day) not a hard, fast rule. I remember one time before I understood this going to a restaurant and ordering a steak. Because I didn’t want to waste the protein I thought I could not digest, I ate only half the steak and had the rest put in a doggy bag. Then when I left the restaurant, I forgot the doggy bag. I still regret that to this day. 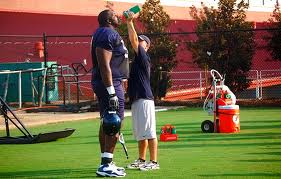 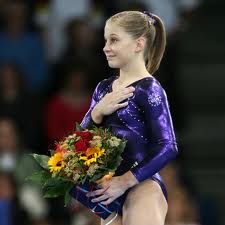 Can these two people really only absorb the same amount of protein?

In 2009, there were 2 research studies that showed a limit in protein synthesis at about 20-30g per meal. Many people at that time jumped all over this and bashed the idea of higher protein intakes often used by bodybuilders and strength/power athletes. Dr. John Berardi of precision nutrition (who has a PhD in nutritional biochemistry) wrote an excellent response to these studies. Basically he made the important point that protein is used for a lot more than just protein synthesis. It increases the thermic effect of food (you burn more calories digesting protein than fat or carbs – increasing protein intake results in more total calories burned), you increase glucagon which promotes fat mobilization, you increase IGF-1 (insulin-like growth factor 1) which helps build lean muscle. You reduce your risk of cardiovascular disease, improve weight loss and increase protein turnover. In addition, protein-containing foods do not just contain protein. They also contain other important nutrients such as: creatine, BCAA’s, CLA, vitamins, minerals as well as ones we have not discovered yet. For more details, check out his full article HERE.

The other big issue with this is what are you going to eat? If you were a hard-training athlete who needed several thousand calories a day, you can’t just eat a small amount of protein and then load up on fat and carbs as that will cause you to miss out on the benefits mentioned about and also likely make you fat.

Again, to say that there is a limit to effective protein intake is a decent principle. I personally have gone as high as 400g per day and found it did not help much beyond the results I get from eating about a gram per pound. In addition, I think the idea of spreading protein out is a good one (although as we start accumulating more and more research on intermittent fasting over the next decade, it may be shown to not be the absolute best). Also, it is important to note that anabolic steroid use seems to increase the body’s ability to absorb protein. This is an example of why a drug-free athlete should avoid following the nutritional recommendations of those who are using performance enhancing drugs.

Email ThisBlogThis!Share to TwitterShare to FacebookShare to Pinterest
Labels: Nutrition, Q and A