Great results start with picking great exercises. While there are countless exercises on the internet, there is a limited number of amazing exercises. Too often athletic exercises are chosen based on tradition, popular training fads or what people see some pro athlete do on Instagram. If you want to reach your athletic potential, you have to move beyond this and focus on what gives you most results with the least risk. To help you with these, here are 5 superior alternatives to 5 popular performance exercises. 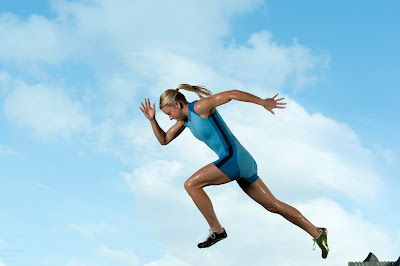 1. Replace box Jumps with target jumps
I used to love box jumps because they reduced landing impact stress and rewarded good hip mobility. The problem with them is that most people get so focused on tucking the legs up that the forget to fully extend the first. Remember jumping is about getting a full triple extension of your hips, knees and ankles – something you will rarely see on a box jump. Check out this video below of me doing a box jump and notice the lack of full extension.

Now, contrast this video to the one below of one of our star volleyball players Blake Scheerhoorn doing a jump with the vertec. Notice how much effort he puts into the jump and how good his lower body extension is when he reaches for a target (a team record for the spike touch).

If you want to maximize your jump training, focus on getting your body as tall as you can in the air. Reach for a target, the ceiling or a spot on the wall. If you have a jump testing device, use it for training – not just testing.

2. Replace speed ladders with max speed sprints
Many coaches demand increased “foot speed” and the ladder seems like the perfect solution. I used to use ladders, but I quickly moved away from them. Why? Because there is a difference between foot speed and body speed.

For the past 10 years or so, I have had the privilege of watching tons of athletes do sprints while timing them electronically. Some athletes look incredibly fast. Their feet moved at a blinding speeds, but their times were very average. They have had “fast feet” drilled into them for so long that they take way too many steps and this actually slows them down. I have had other athletes that are really strong and powerful. When they run they actually look slower because they take way fewer strides. However, each stride is so powerful that they cover a ton of ground with each stride and thus are very fast when you see their electronic times.

If you want to get faster, forget the speed ladder. Instead focus on maximal speed sprinting. Too many athletes think punishment when they do sprints and thus they don’t go full speed – and fail to get faster as a result. To get faster, practice sprints at full speed. Here are 3 ways to do this:


3. Replace 1-Arm DB Snatch with Barbell Snatches
Snatches are a great lift that allow for a huge amount of speed and power. Many athletes do these with one dumbbell. At first this exercise looks cool, fast and athletic – especially since you are using only one arm. However, you have two major problems.

Problem 1: When you do a barbell snatch or clean with an Olympic barbell, the handle can rotate independently of the weight on the sleeves. This takes a huge amount of stress off your wrist and shoulder. When you do a 1-arm snatch with a dumbbell, the dumbbell handle doesn’t rotate. As you flick the weight up, the extra rotational torque must be absorbed by your joints and this can increase your risk of injury.

Problem 2: You are still on two legs. The other problem is that you standing on two legs and trying to challenge both those legs with one dumbbell held in one hand. Good luck giving your legs what they need.

Instead, do your snatches with two hands and an Olympic barbell. This will allow you the safety of the rotating barbell sleeves and the chance to really challenge your explosive lower body triple extension. If you have had shoulder injuries or lack the range of motion to go over head, there are many other explosive power exercises you can do. See my YouTube channel’s playlist for other speed & power exercises.

4. Replace Half Squats with Trap Bar Deadlifts
Many sport coaches like half squats because they look like the same angles used in most sports. They will say things like “my athletes don’t go low in their sport”. Athletes like half squats because they are easy and you can pile on the weight (thus making them great for stroking one’s ego). However, you run into the following problems:


The trap bar deadlift is better, safer alternative to a half squat. Holding the weight in your hands instead of sitting on your spine places less direct compression on the spine. Also, because it is slightly more hip-dominant, you get more hamstring activation which helps stabilize the knee joint and take stress off the ACL. Also, just as you are about to get into that vulnerable knee position at the bottom, the weight is on the ground and the stress is off your knees. Because you are coming to the floor each rep, it is easy to maintain the same range of motion each rep and prevent false gains. In addition, trap bar deadlifts allow you to use more muscles. I love trap bar deadlifts for athletes! (Note: the downside of trap bar is they don't work your glutes and hamstrings as much - this has to be accounted for in programming. When I use them with athletes, I add more direct glute and hamstring work as accessory and some full range of motion squatting).

5. Replace Pistol Squats with Single Leg Squats to Box
I fully admit that pistols are really cool. A full pistol squat is a great display of relative strength, flexibility and balance. As impressive as they are, you run into the following problems: 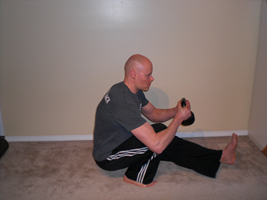 Conclusion
None of these 5 exercises are bad. I have used them and so have other coaches I respect. However, if you want the best of the best, consider these alternatives. Happy training!

Also, be sure to check out my other posts in the “Superior Alternatives” series:

As always, I welcome your comments and questions below or on my Facebook Page.
(Note: please do not post links to other sites – that is spam and it will be deleted).