Q: The idea that supplementing before, during or after training with essential amino acids would be more effective than using whole protein  always made sense to me. However, I never cam across this in literature so I assumed it wasn't the case. Last night I was reading a study from December 2011 and they had written this: 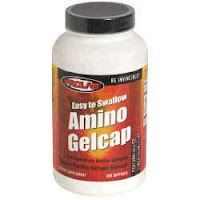 Basically the article goes on to say that ingesting essential amino acids around training is more effective than protein. What is your opinion on this?

A: My opinion is to always stay open to new research and always be evidenced-based, but also to always look at real-world relevance. The concept makes sense: amino acids would require less digestion than whole protein and therefore get into the blood stream faster thus raising levels faster. The problem with the study is it is looking at arterial amino acid concentrations. While that is nice and easy from a scientific perspective, it does not tell you if that will make a significant difference in the real world. Does raising aterial amino acid levels by approximately 3x more than whole proteins lead to 3x more muscle? A better study would be to have one group of subjects take amino acids during training and another take milk or a basic whey protein and then measure before and after stats such as body fat%, LBM, measurements, strength, etc. after a a month of two. Then we can answer the really important question: do you get significantly better results supplementing with amino acids and are those results great enough to justify the extra expense of the amino acids?

Always remember, people have gotten big and strong for decades before we started amino acid supplementation.
Posted by Andrew Heming at 06:28

Email ThisBlogThis!Share to TwitterShare to FacebookShare to Pinterest
Labels: Nutrition